Israel said Tuesday that a Gaza media building it destroyed was used by Hamas to jam air defenses as it offered to help the Associated Press rebuild its bureau.

Israel’s ambassador to the United States, Gilad Erdan, gave the most detailed explanation yet of the decision to strike the tower as he met the head of the news agency, Gary Pruitt, at its New York headquarters.
HIER WEITERLESEN: WWW.YNETNEWS.COM 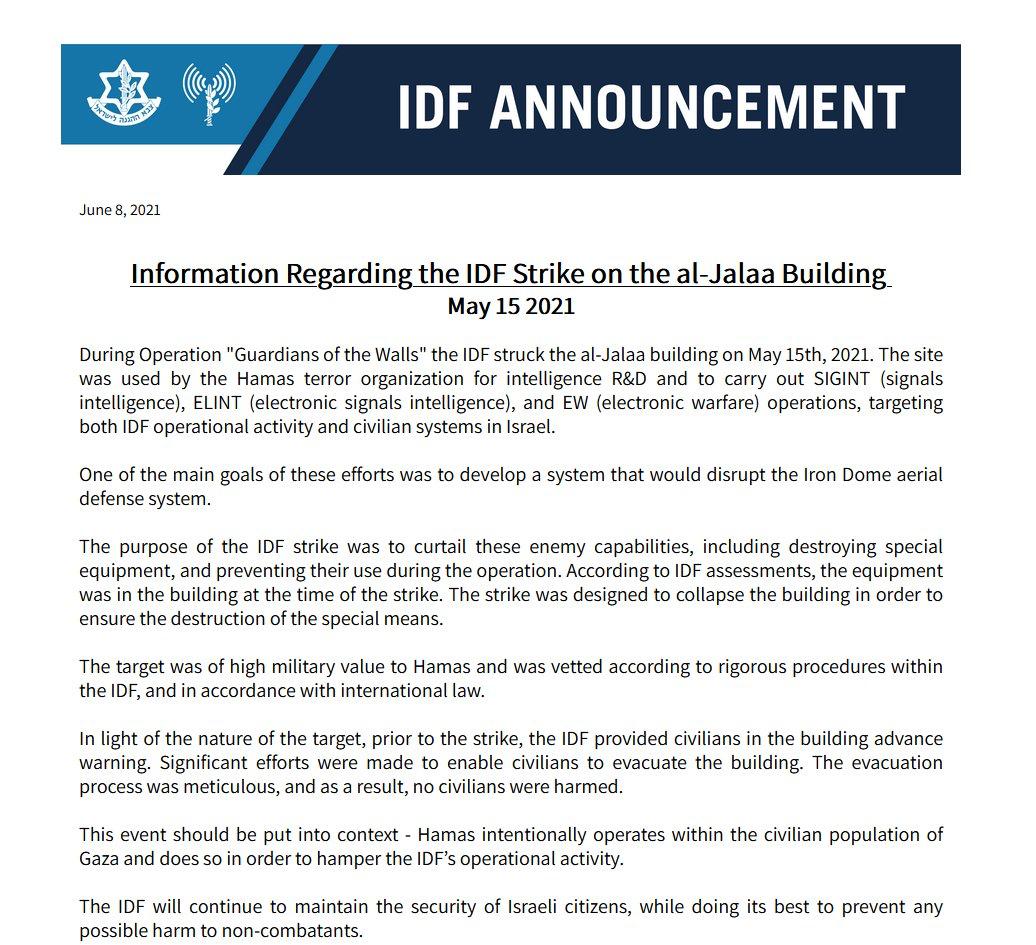 All stories by: Honestly Concerned e.V.